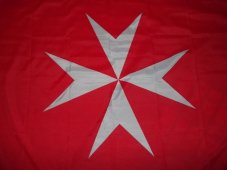 In a few weeks’ time at the start of May The Council Complete of State  will convene for the election of the Grand Master or Lieutenant of the Grand Master. This election  comes after a time of renewal and reform that Pope Francis called for after the events that took place at the end of 2016 into 2017. Renewal that will continue after the election and beyond. When we think of renewal what do we think of and where do we begin ? As an organisation set up to defend the faith and serve the poor we take our que from the dual ethos of our Order  that is Faith and Service in action. For proper renewal to take place within the order we need to begin with the individual  people that you and I are and then move on to the bigger organisation but the organisational renewal is a totally different concept from the spiritual renewal of oneself.

We have just finished the great season of Lent which is in itself a time of spiritual renewal with many people giving up and taking up the challenges of the Lenten season and now during the 50 days of the  Easter Season  leading up to Pentecost we consolidate the renewal undertaken during Lent so that we can move forward in faith. The American Association Year of Preparation primer makes the point  that  we serve the sick and the poor but we also commit ourselves to defend the Faith the two go together . Our adherence to the Catholic Faith should be manifested by our moral conduct, our ongoing learning and sharing of this Faith, and our service of others. We are not motivated by a pay check or a place of honour in church or generic humanitarian inclinations. We are followers of Jesus Christ who is the way the truth and the life!  When we think about tuitio fidei, the Defence of faith, our mind goes readily to the Hospitallers of past, who defended Palestine against the Mamluks, to Grand Master Jean de La Valette who held out against the Turks in the siege of Malta in 1565.

These were the battles that took place for all to see, and today we try compare to those warriors of old with Catholic men and women who defend the Faith in the media, and in political and other debates, or who by their writing seek to commend the faith to non-believers. There is also defence of the Faith at the level of individuals But how does this fit into the notion of renewal of the person who is an ordinary member of the Order is a question that we have to constantly ask ourselves. I believe that the answer is that  Faith is the assurance of things hoped from the conviction of things not seen”. (Hebrews: 11,1).  We must be prepared to witness to things unseen as an important part of a spiritual life but of course it is difficult to be such a witness, precisely because they are things unseen, and yet St Paul is insistent on the need for proclaiming the truths of faith.” How are men to call on him (Jesus) if have not come to believe in him? And how can they believe in him if they have never heard of him? And how will they bear of him unless there is a preacher for them?And how will there be preachers if they haven’t been sent?  So faith comes from hearing and what is heard comes by the preaching of Christ.(Romans: 10,14-15.17). Our duty as Christians in today’s world is to be like the preachers mentioned in the  above text. But what does this mean in practice?  In the 1930’s there was an association in England called the Catholic Evidence Guild. Its members were well trained in apologetics and public peaking, but the difficulty was to find them an audience. The local group of the Catholic Evidence Guild decided to take Scripture literally and to send a preacher to the nearby town of Bury St Edmunds.  On market day, a kitchen table was placed in the square; a priest called Fr Gilbey stood on it and spoke eloquently, but no one stopped to listen to him. People just looked at him in an awkward way and went past to buy their meat and vegetables as usual. The preacher was speaking to nobody. Perhaps in certain cultures and at certain periods in time such a method would have been successful but  it was not successful in the 1930’s and I do not think it is for us today.

A better starting point for us in proclaiming the faith is in the comment in St Peter’s first letter: ‘Always have your answer ready for people who ask you the reason for the hope that is in you, but give it with courtesy and respect. (Peter: 3, 15).  “Have your answer ready” but in order to have our answer ready  we have to constantly renew ourselves so that we have our answer at the tip of our tongue for someone who asks us about the faith we profess.  If we think that this is asking too much, we should take to heart a remark made by Pope St. John Paul 2 on this very subject. He said in a Speech to the new Ambassador of the Order of Malta to the Holy See; 13 October 1997.

“Today the defense of the faith means above all the witness to the truth of Christianity by what one says and what one does To defend the faith often means, especially in our time, to defend basic values which human reason, without the light of revelation, is in danger of not being able to grasp radically or completely enough. Such are, for example, the dignity of man, the nature of the family, and the fundamental right to life.

We need to renew our spiritual selves on an ongoing basis with Mass, Eucharistic Adoration, perhaps saying the Divine office, the Rosary with other spiritual exercises such as retreats etc.  The ongoing reform of the Order that is taking place at the moment will only be successful if we renew ourselves spiritually and recommit ourselves to the core values of defending the faith and serving the poor. Our lives should be a spiritual odyssey constantly looking at where we were in the past, where we are at the present time and where we hope to be in the future.  The spiritual life of faith  is not easy but anything that is good is never easy and is always worthwhile. Archbishop Martin of Dublin in his homily at the Mass for the  beginning of the preparations for the world meeting of Families tells us that  Faith is trust in God. Faith is trust and recognition that God cares even when we are not aware of it. Faith is not telling God what he should do for us. Faith is not a situation in which we feel we know what God should be doing.  It is being sensitive to God’s plan for us and to his love for us. We as people of faith are called to bring that faith into our lives and the lives of those around us.

The love of God calls us to set out on a journey to show the love of the Father to others without pre conditions.  This kind of merciful love is often a life-time’s work. It is a service, and day to day it needs to be strengthened and restored through prayer and confidence that God’s will is being done for it is God’s will  that his the Love should  of God be shown to all whoever they are wherever they might be. Perhaps everyone we meet has some special need for our Love that is our merciful, uncomprehending, love and our understanding response to their needs and cares. Children, old people, a tired friend, disabled people are just examples of people  in need of our affection, understanding, counsel, or consolation there are so many people out there and we shouldn’t be afraid to show ourselves as people who love and care for those who need us.  There are many things within the Order of Malta institutions that are good and there are also many things that have served the order well over the years that are no longer relevant and we should consider getting rid of them but this does not mean that we throw the bath water out with the baby. This means that after a period of thoughtful consideration we should do what is required in order to move forward in a proper way.  We pray for the election that will take place during the early part of May  we  also pray for all those involved in it from all over the world. We also pray for all those who will take part in the Lourdes Pilgrimage that it will be a time of grace and healing for all the pilgrims. There is much need out theremay we see what we have to do and get on with the job that needs to be done.

As we end this reflection we consider the following words  attributed to Archbishop Oscar Romero The sentiments within this could be applied to our personal lives as well as the life of the Order and maybe we should take these few lines to heart as we go forward:

It helps, now and then, to step back and take the long view.

The Kingdom is not only beyond our efforts, It is even beyond our vision.

We accomplish in our lifetime only a tiny fraction of the magnificent enterprise that is God’s work.

Nothing we do is complete, which is another way of saying that the Kingdom always lies beyond us.

No statement says all that should be said.

No prayer fully expresses our faith.

No programme accomplishes the church’s mission.

No set of goals and objectives includes everything.

This is what we are about.

We plant the seeds that one day will grow.

We water the seeds already planted, knowing that they hold promise.

We lay foundations that will need further development.

We provide yeast that produces effects far beyond our capabilities.

We cannot do everything, and there is a sense of liberation in realising that.

This enables us to do something, and to do it well.

It may be incomplete, but it is a beginning, a step along the way, an opportunity for the Lord’s grace to enter and do the rest.

We may never see the end results, but that is the difference between the master builder and the worker.

We are workers, not master builders, ministers, not messiahs.

We are prophets of a future that is not our own.